Éla was born in Trento in 2017, from the mind of singer and guitarist Marco SG as a solo project that aims to offer doom/death metal. After a self-produced demo and with the intention of turning the project into a real band and record an album, Éla is joined by drummer Corra (Sign Of The Jackal), bassist Lorenzo and guitarist Cory and in the fall of 2019 the band began recording their debut album "Éla", that will be released on June 20th.

The whole album is characterized by dark atmospheres and melancholic slow riffs, with lyrics inspired by weird films, history and mythology.

It will be released in two versions: jewelcase and 4-panel digipak.

In the ninth year of the project's life, the long-awaited fourth full-length from the famous master of Funeral Doom Metal comes out.

The ruthless, inexorable heaviness of the compositions symbolizes emptiness and fatality, total destruction and helplessness in front of the outside world.

The album will be released on May 15 in a 4-panel digipak. Published in collaboration with GS Productions.

Solemn Echoes — “Into the Depths of Sorrow”

Еndless Winter proudly announces the signing of a contract for the publication of a new album.

The band Solemn Echoes was formed as a result of friendship and cooperation between John (Chalice of Suffering, USA) and Fabio (HellLight, Brazil). United by common ideas, they decided to establish a new project in the style of funeral doom metal.

The debut of the team is striking with its power and depth, the basis for this is the great experience of the participants in other staffs. Soulful, gentle keyboard parts, alternated by heavy guitars and the vocalist's womb growl, express a light seal and oppressive depression, awaken thoughts of eternal truths and crushing grief.

The album will be released on May 1, 2021 in two versions — jewelcase and in a 6-panel digipak.


The Dead Sea — “The Ceremony Of Marrying A Mummy”

Inspired by the infamous Carl Tanzler case (“The Man Who Loved a Mummy”), the Jordanian one-man project The Dead Sea are back with the concept album “The Ceremony of Marrying a Mummy”, a mixture of atmospheric, funeral, gothic and melodic doom/death metal sound to create the most gloomy vision and environment for all the doom metal fans to sink in deeply. Magic music, carried away into unknown places, is accompanied by complex, meaningful verses telling about love and death in its most extreme manifestations.

The album will be released on July 15th.

Canadian duo Flesh Temple will release their debut album on May 1 on label Endless Winter. Initially in the digital version, but then, under two conditions, also on the CD — when all restrictions will be removed, possibly in the fall, and, secondly, if there are orders for a copy of the disk.

Flesh Temple was born out of a deceptively simple question: what is doom? On the surface, the question seems simple enough but as you peel away the layers endless other questions arise. Why are such visceral emotions often being romanticized? And why is it starting to become fun? Lamentations is Flesh Temple’s answer. It is a vision of mental illness and a lonely quest for absolution and purity for the cruelty this affliction has caused. It is an exhausting journey that builds until its ultimate emotional release.

Lost Hours — “Two Masses to Celebrate the Vanity of the Divine”

Lost Hours is a fairly enigmatic straight-edge doom band from Atlanta with all music written, performed and recorded by H., currently expanded to fully realized band.

The album is a response to a sociopolitical climate fraught with religious extremism and the frightening rise of fear-based nationalism on a global scale. The usual nonsense, but Lost Hours is an attempt to phrase this anger in a way the is as succinct as it is cinematic as it is bleak.

Four tracks previously published only on bandcamp will be available in physical form on August 15.

With its 3rd album, Inframonolithium wades into the world of shifting shadows between light and dark.

Inframonolithium exposes a god of lies, a spreader of false realities. All it sees and touches is turned to gold so it can seduce people into a life of make belief and false wealth. In the shadow realm, hordes are encountered that are slowly getting pulled into the light, even though they know nothing tangible is offered in return for what they give up. An illusion of freedom awaits them, as they become blind slaves to a society that cares only to wring everything of value out of them before it casts them away. Even so there are those who in their blindness claim to see. Their lies, shouted from gold towers, spread like disease. They are the lightless, corrupted by the god of lies, demons in disguise.

The call of the shadow can still be heard. One can still turn away and face the truth, the one certainty. The always waiting, inevitable darkness lies at the end of every path.

A life of lies and emptiness or one of freedom. False gifts of gold or cold truth. Slavery or control over one's destiny.

Dive into the shadows with Inframonolithium. Four tracks make up 'The Lightless'. Raw uncompromising funeral doom from Belgium. Release July, 20.

The cries of the lost and alone, the suffocating darkness, the crippling fear and the great brilliance of that hidden world below... all these things, these beautiful, terrifying things have been captured in the music of ORO, and their debut album, Djupets Kall. ORO was born beneath the Kilsbergen mountains, in the shadows of the deep forests in 2014 and in the brief years of their existence they have created a sound like no other. A towering, crushing force is mixed with intense intimacy and the fact that the band choose to sing in their own language, allowing them to speak purely from the heart, only adds to the grim beauty of these stunningly powerful songs.

ORO means anxiety and unrest and those feelings run through this album like a black stream, but between the towering riffs of agonized doom and overwhelming sludge there are passages of sublime beauty. Within songs like the mountainous ‘Järtecken’ whole worlds of complex emotion open up before you. There will be hundreds of albums released in 2019, but very few of them will possess the power, the emotional intensity, the ability to capture and consume the listener of Djupets Kall. Albums like this are why heavy music continues to thrill and touch the hearts of those who need more than just bland entertainment. So be ready for March 1st, when Endless Winter will release the majesty of Djupets Kall, because ORO will take you to dark places, unravel your nerves and expose your pain — and nothing could be more rewarding.

„Destination Void“ will have an even more traditional approach to Doom Metal than their older efforts. Dominant drums, harmonic eerie riffing and haunting melodies will mark the evolving process of this band that will reminisce listeners to all the forefathers of heavy Doom Metal but adding very personal signature trademarks and a very dark voice leading that runs like a common thread throughout this new full-length album. More news, audio and video announcement will be coming up soon.

Eirð signed a contract with Endless Winter regarding the release of "Rituals" on CD. This will be the first physical output by Eirð ever and is limited to 300 pieces. The release comes in a beautifully designed digipack. "Rituals" features three "main rituals" celebrated with guest-musicians like Luci van Org and five remixed and remastered songs from the early Eirð-days. "Rituals" is a trip into the depths of our souls and into the infinite universe...Everything is cyclic, not linear...

The album in atmosoheric doom metal style will release on December 21.

Catania is an ancient port city on the east coast of the island of Sicily.

Fordomth was born in 2013 here, by the joining of six members already active in the extreme music scene. In June 2015 the studio production of ‘I.N.D.N.S.L.E. - In Nomine Dei Nostri Satanas Luciferi Excelsi’ begun, resulting in a Black Funeral Doom Metal full-length concept album inspired by such bands as Ahab, Evoken, Longing for Dawn, Catacombs, Nortt. This first work is a concept album based on the theme of the eternal damnation and it’s developed is under the satanic perspective of it.

May 10 2021 A new album by Дрём in the style of funeral doom metal went on sale. 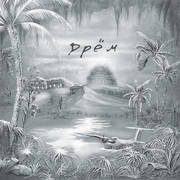 Mar 30 2021 Published on Youtube one song from the upcoming Solemn Echoes album - “Into the Depths of Sorrow”, which will be released on May 1. 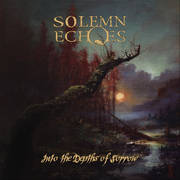 Sep 27 2020 The physical release of Flesh Temple — "Lamentations" will be available around October 8-10. 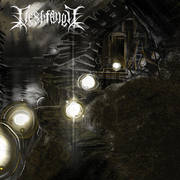 Jul 15 2020 Launched a new release, expected by many, the second album of The Dead Sea, entitled "The Ceremony Of Marrying A Mummy". 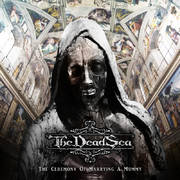 Jun 14 2019 Lost Hours from Atlanta, Georgia will be released Aug 15. This is album in funeral doom metal genre. 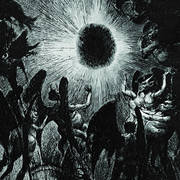 The main goal of our label is to give a support and distribution to the bands and projects, which develop and create non-mainstream styles of music, related to Doom Metal.

The label was based on October 19, 2009, and the first album let out on January 1, 2010. In total so far there were 62 albums of musicians the different countries of the world, representing the different sides of such many-sided phenomenon, as doom metal.

In the summer of 2013 on the basis of the main label formed sub-label Visceral Laments, designed to release albums that are similar in style, but still non-doom metal.

Click on the "Shop" to buy our albums on CD and products of other labels.

In our store no registration required.